When all goes silent.

Memories of what happens when you’re alone. When all you have is yourself…your mind..your thoughts

Need it, obsess over it, escape

What if that obsession over love or that thought that won’t leave, the song you can’t stop singthinking, is to fill a mind you’re afraid to be trapped in?

What if we so fear ourselves we obsess?

The obsession a fear of thinking…of your own mind, and the compulsion is the obsessing

Can you be alone?

We pretend these disorders are inescapable. That we are doomed to them. Cracked with them. We are glass that cannot be melted back into ourselves and instead must take pills of glue that only make us hurt more when we feel it and realize it never really fixed us.

What if these feelings, this pain, can all be explained?

What if your obsession, that feeling of a thought you can’t concur, a person you cannot get over, those thoughts that feel so personal, so yours, so inescapable, so beautiful….what if they are all just manifestations?

What if they are thoughts formed from our withins?

What if your personality needs cured?

If personality isn’t even real?

Or maybe just maybe you’ve always been there and all of this pain does not define you but instead hides you?

Let me type you a story

You see there was a roommate meeting to discuss everything. Well she has been running a food blog and leaves the kitchen messy at times for a couple of hours and then goes back to clean it.

Well passive skank decides to rant and vent about it to everyone but the lady girl me, and then in the roomie meeting avoids saying anything but instead emits a rancid energy of passive aggressive bitchyhood

Then lady says that it is hard to run a food blog and immediately clean up but she will within two hours, a compromise.

Well skank whore melted bones says that it is about respect and that if she were living along she would let it pass but we need to respect each other.

Respect your blood dripped into my next vampire recipe

Can’t even outright say anything

Passive in her aggression even

Another tiny attack occurred and I escaped to my room. I wanted to cry…a feeling I hadn’t felt from such small amounts of rejection in a long while. I’d already been depressed for a couple of hours and could not find out why.

Clatched and obsessed over the newest and ‘best work ever and took tons of work blog post’ not taking off.

I’d been eating more, wanting to hibernate (be in room and avoid plans already made) and then actually went into a hole.

Mentally made plans to sleep over at other’s people’s places, realized I couldn’t because they would try to sleep with me and if I stayed at Justin’s Dustin would think I was stalking him.

All my female friends live with their boyfriends and that would be annoying.

So I went for a long walk and…it helped.

I realized the rejection of my roommates confirmed what my body was already signaling. The desire to hibernate had taken over, my brain had swelled (sugar is linked to brain swelling which is linked to depression) and then the reinforcement of ‘rejection’ really took a mental verification.

Basically the rejection was like a catalyst…an agonist to what was already happening in my body. Before the roomie meeting I’d already been thinking of rejection moments naturally and vividly without knowing why. Mother and Dustin and girl whose name I don’t recall..Sara…and it was causing deeper pain that it usually would.

I thought it was nutrient deficiency but ate six strips of bacon, two large chocolates, a granola bar, chard, three chicken nuggets, and half an avocado, and then still wanted to eat more. 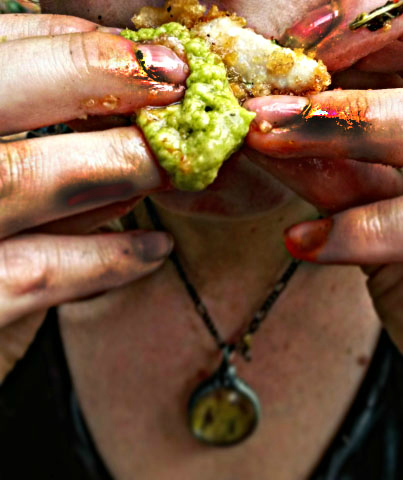 P.S. If you are a first time viewer to this blog I request you begin at the beginning.