Skip to content
These posts are from an experiment I did in 2015 that I am moving over to this website.

Honestly, I’m so weared out from this, and yet the energy for it seems to grow each day. I care. An incredible much about this. As much muchness as my tiny body can bear. Someday, I will leave this, after both books have been written and the diary, but that will be after others take the reigns on this issue. Until then I still feel useful in the expulsion of this knowledge.

In life I prefer to do things it feels no one else can do. In miniAinsley years that was writing. I prefer to capture and twist the minds of others. Now I do that but with a self experiment. Someday this knowledge will either be proven or disproved and I can move on.

Although this is incredibly valuable to me now I don’t want it to define my life.

Nutrition is a fascinating field that I enjoy reading about, but it is also consuming and turns into all you talk about. I enjoy life too much now to confine it to one thing.

Once this is over in a few years…

I‘ll go into neuroscience and discover within the field I so desire with all my mind tingles. Often I think of studies for it and they are ones I fascinate over discovering. For a few years. Then I’ll go off and write my books in solitude in Iceland (dream). After that I might go mental and spend a few years just living.

Years without analyzing every single thought. Maybe just every other one.

I have never wanted to live as much as I do now. Maybe at a child stage before accessing the suicide connections, getting trapped in ADHD/OCD connections or feeling social anxiety, but since then life has been scoungy and just involved a lot of denial of being happy.

Life was just an entrapment of connections or existential horror.

The more I feel these life connections bliss through me the more I realize I was working against myself. Each step forward felt like there was just a steel slippery step waiting ahead. This wasn’t a fallacy step either. When I was eating like a normal human without care it involved foods in packages, or a lot of processed carbs or even a pizza. Those things just…fuck mate they take your mind and bliss out the connections into scourge.

They take your humanity. 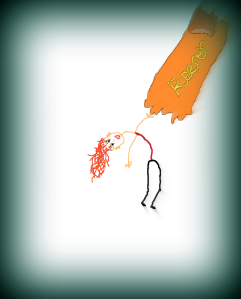 Very soon I want to do articles about how to live in the body I am now (yeah, you can join me 😉 ) Yet if you have been following you know

The ability to trigger back into the pain.

There is nothing more deeply consuming then feeling you have escaped something that has trapped you all of your life, and then to have it take you again. As a person who has been it actually feels like rape. You were about to discover that today anyway in the mental data update. Most women have been and I find it a very interesting topic. In a society where we don’t talk about sex and even call it dirty things go sour. I was very disconnected at the time it happened and have been able to analyze the situation rather than live in it. It has contributed highly to my disconnect during sex but I was disconnected far before that from life.

He merely made a few other connections go off to disconnect.

So I want to admit that it takes both. It takes some form of trauma as well as the food to cause such pain. Maybe both can do it alone, but I will not know that answer until others are studied. I also have abandonment issues from my mum saying it was our fault and leaving. She was distraught by terrible food though. Her hormones were fixed recently and she has just transformed into this beautiful person. I’ve always felt that beauty even since I was little. It was just hidden. Hidden by processed carbs and foods. What all can cause this humanity change remains to be seen, but I’ve already found it in Reese’s, Pop-Tarts, Taco Bell, and coconut poison. Those caused suicide thoughts. Mildly social anxiety triggers will be felt every single time I eat out now. In Lubbock where they don’t care where the food comes from. Once I move to Portland or grass-fed lands of happy I’ll feel safe eating out again I hope. Really though I enjoy cooking my own food and don’t have many desires to eat out anymore.

My mom had ptsd too. I now wonder. If our body does signal to us and we put the processed into it can it make you not one your own children? Can it anger that you reproduced? All I would have to do is check the diets of women with ptsd….

Okay so last night. I had the energy of stallions ripping out into the world. I went to work and didn’t stop moving. I even helped other theaters without needing to and just couldn’t stop working, but loved every moment. I was socializing and entering every conversation. I laughed and people radiated around me, soaking in the life energy. I would make jokes or say weird things without people laughing and have NO social anxiety triggers. That has never happened to me in this life. No matter how aware of it I was I would feel that fear. Even with incredibly close friends there was social anxiety abounding through me.

My body was triggering seclusion.

Sigh….I hate how much sense this makes but how much you need to be in my mind to see it.

I’m trying to hard to get you to see it.

Then I had a salad.

A simple fucking salad with ranch.

I just…none of it was organic and it was from a company. A large one that serves tons of people.

I don’t want to believe this one. I just want to eat a salad at work.

But then, social anxiety kinked out. I was just talking to everyone, all enjoying each other, and stopped. I literally stopped in both mind and body and had to escape. Something triggered within me to not be around these humans anymore. I slid from the counter in autoslide and walked up to the inner theater and just watched the movie, feeling something was wrong/off. This was about thirty minutes after salad consumption. Enough time for it to reach my mind.

My anxiety remained connected and I feared Dustin. I like him and have deep fears of abandonment from mother, and then a recent abandonment as well. One that was not explained. I saw both of those abandoners in my head. I connected to their memory.

That fear connects to them and holds their memories.

Then some fucking wanker twat.

One of my coworkers talked about a show.

A show where there are rape jokes, and that was his selling point.

I said ‘rape jokes aren’t funny’ and he laughed. “Oh I bet you like it”. I walked out.

That is not a common thing I do. Generally, I either don’t stand up for myself due to wanting to fit in too badly or I just remain and analyze the situation in curiosity as to how well it will go.

Social anxiety would flow and I wouldn’t want to disrupt the humans around me. Instead past Ainsley would just feel that fear and think of how no one would stand up for her and she would feel alone if she dared stand up for herself.

Such rage. So many triggers. His hands wrapped around my neck. I went to a coworker of mine I deeply enjoy and who I discuss a lot of this and general life with. I vented out what happened and felt both rage and calm come and go and remain. I was still in control. My triggers were being fired into though and they aren’t automatically cleansed.

Oh to start anew in a body unconnected.

More and more though I want to feel and live within this one.

Mindset. A place where your mind remembers the last time it connected/felt this way. When you hear a song you connected to from the past and remember yourself back then. The song holding you.

I gained back control. I still felt like I was faking it in smiles and wanted to escape each time I saw a human. I was still at work so there was a lot of short conversations. Flight response was soaring.

Being around Dustin was the most scourgy. I geniunely like him and he could just suddenly not like me. Abandon….sigh. The thoughts of the past creep in at their desire.

I couldn’t calm the connections. Barely.

I still talked to others and joked and even talked to him but those triggers and fear and fight or flight kept liquiding my sprog.

I had a sudden need to run my fingers over my cheeks. There it was. A pimple.

P.S. If you are a first time viewer to this blog I request you begin at the beginning.