I formally want to apologize for being late.

I look formal in this photo so it counts. Also, someone is looking for me so story wise it fits.

On vacation, I was horrid at keeping up with this blog. I would try to do a quick post, realize there were too many words to construct and put them aside.

Yet the words kept building and I kept bouldering them away.

I cheated a lot on vacation. It is harder than clay to keep up a paleo/keto diet in reality of vacation land for ten days. I am detoxing today and it is tingly physically and mentally.

The horror was that I was aware there were ways to continue keto but could not stop consuming sugar. As you read in the donut post that I still need to update.

Snapping occurs easily and I want to punch babies.

The day has started with recipe making for Mind Lifting Mouthgasms. 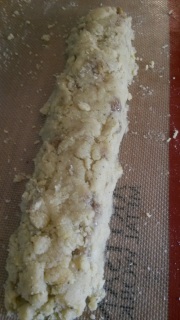 tea (as a side liquid), and chicken with potato strips partly fried well (my twin’s husband has agreed to be more healthy and we’re starting slow).

Abbey (twin) and husband (Randy) are confronting issues about his lack of caring towards life and her maturity level. Both are serious issues but they are both going to actively work on them, Randy acknowledges his low sexual drive and lack of interest towards life could be from a bad diet and is letting me cook for them.

Blissing great. It is. But my enthusiasm is like a petering keg (No I’m not wording as well today. Just..pretend I am. Think of all I do for you).

Yes it is incredible but the journey to get here has been hard and there is so much more to go. My caring just naturally faltered. His diet has been fast food almost all of his life. It will be a fight. He did enjoy the cast fried chicken with potato strips though (he rated them above average). I had to give him Heinz ketchup though because I forgot to pick up tomatoes to make homemade ketchup with.

Another part of me…a tiny widget fears it will fail. Randy is one of the most incredible humans I know but I see aggression, low sexual drive, hatred of people and lack of care towards life. All of these I hypothesize can be cured with food.

No experiment has mattered this much thus far. This overall has to an extend. The real world affects of this failing though matter more to me. A connect of abstract and reality. Their marriage is not at stake but…someones ability to connect to life is.

I’m also detoxing from donuts and toxic fed animals being inside me though. I mostly stuck to keto the whole trip but definitely not to organic bliss. It was just not available everywhere.

Also…after the donut hell I felt the pain of sugar addiction again. I could not escape. Distraction is a powerful tool. I had no suicidal thoughts, but just aggression and a general dislike for humans. I also had long spurts of loving being around family though and even the 20 hours car ride was bearably joyous.

Kenzie..my loving fairy child of a niece has sugar addiction. Her mom doesn’t even see it she is in such denial.

The face I saw when that kid was eating ice cream was demon like…Abbey noticed it first. She had waffles loaded in whipped cream, bread, donuts, cherry pie…and that is most of her diet.

I am going to ask Leslie if I can move there in February to cook for them. The whole family. I truly feel I can help them. Kenzie gets trapped in connections. I see it.

She can’t control herself. I want to stare into her eyes and tell her that I can help. That the scroungy lack of control she feels I can tame and give her back control of her mind.

She has hyperfocus. She can find something mechanical and hone in. We built a sandcastle and she focused for twenty minutes with no other movement or thought that seemed outside of that castle. We went frog hunting and she would not stop until she had a frog.

She can’t sit still at a restaurant. She has to get up and move around. Everywhere. People act as though she’s just misbehaved and the parents don’t spank her enough. I watch deeply and see her try to sit still then just…pulse out of the chair.

How quickly she scarfed that pie down….

I feel distressed with the amount of things to do right now from finishing this book, starting liquid fantasies, compiling the thoughts I recorded on the trip (massive new discoveries), creating recipes and preparing for school My parents gave me incredible news, they’re going to pay this semester of school, and I felt such full appreciation. The love seeped and coated me, yet it would not last. I forget song lyrics and I get trapped in present memories with no connections to past or present.

I had some raw chard this morning after eating nothing else and felt much better, ready to take this world on, and then I’ve been eating all the things I’ve baked and gone back to down mind.

I know it will fade once I get back on the diet but…this is scorgy mess right now in this mind and the farts are stinky. The longer I’m on keto and paleo (even just solo keto) the toots go away. They are actually a bodily sign something is malfunctioning in you.

I just wanted you to know I’m still here and still figuring all of this out.